Missing Swimmer in the Rogue River


On Thursday, August 15th, 2019 at approximately 6:24 PM, the Josephine County Sheriff’s Office was notified of a missing swimmer in the Rogue River near the Galice Resort.

It was reported Jason Briggs, 44 years of age, was swimming across the Rogue River approximately ¼ mile below the Galice Resort. According to friends on scene, Briggs went under water and was not seen again. When friends called 911 from Galice Resort, personnel from the Galice Resort used a raft to start a search along the river. The Sheriff’s Office as well as Rural Metro Fire Department responded and began searching the area for Briggs. Searchers walked the riverbanks and additional personnel searched the water with the Sheriff’s Office marine boat.

Search efforts were called off around 9:00 PM and have resumed this morning with assistance from the Jackson County Sheriff’s Office and the Josephine County Search and Rescue Team.

Briggs is described as slender with long hair, light brown in color. He was last seen swimming across the river in a grey t-shirt and blue swim trunks.

This is an ongoing search and further details will be provided as they become available. 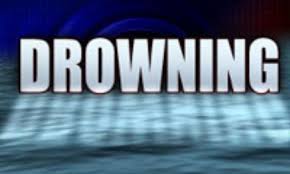