Thursday, November 21st, 2019 marked the beginning of a three-day run of violent encounters that could have resulted in the death or serious injury of the suspect, bystanders, or police; and in two incidents Junction City Police Officers were injured, one of them being serious.

At about 8:00 AM on Thursday November 21st Junction City Officers responded to an emergency call for assistance from the Oregon State Police who had located a suspect in a domestic violence case the two agencies had jointly worked on hours earlier that morning.  Officers arrived to find a lone Trooper on the ground and violently fighting with the suspect.  After a short time, and an extreme struggle, the three officers were able to subdue the subject who was ultimately taken into custody.

On Friday, November 22nd, at about 1:00 PM Junction City Officers responded to an incomplete 911 call for help at a convenience store on Hwy 99.  Upon arrival officers found a male subject who stated he had called because people were following him.  Without warning the subject turned violent, screaming at the officers and telling them they were not real, and began to run out into traffic, narrowly missing being struck by a passing vehicle.  As the two officers attempted to control him for his safety, a violent fight ensued.  Although a Taser-brand conducted electrical weapon (CEW) was deployed twice, the subject just sat on the ground then asked officers something to the effect of, “well, how did that work?”, then pulled the darts out and continued to fight.

In the ensuing fight the subject ripped the second officer’s Taser, body-worn camera, telephone, sunglasses, and tourniquet off the officer’s tactical vest.  At several points during the struggle the subject grabbed for the officer’s firearm, and told him something to the effect of, “I can take this gun away from you and beat you.”  The subject was ultimately taken into custody.  But even after being handcuffed, the subject stood up and ran into the traffic lanes of Hwy 99 nearly being struck again by a passing motorist.  Both officers sustained injuries to their knees and arms which required hospital evaluation.

In the early morning hours of Sunday, November 24th, a Junction City officer responded along with the Junction City fire department to a report of an unresponsive male subject with an altered level of consciousness.  Immediately upon arrival the officer was greeted by an agitated 6’-2” male subject who immediately attacked the officer by delivering multiple directed forceful blows with his closed fist to the officer’s face and the upper part of his skull.  A violent fight ensued during which the subject tried multiple times to gain control of the officer’s firearm.  While the officer was able to get the subject handcuffed, it still took the officer, and a responding cover officer, to control the subject until he could be chemically sedated and transported to the hospital.  The officer sustained blunt force trauma to his face, blunt force trauma to his head, and a significant concussion; as a result the officer is still unable to work and is off for an indefinite period of time.

Each of these incidents are eerily similar in that all subjects possessed incredible, super-human strength, were unaffected by the electrical current delivered by the otherwise normally effective CEW’s, did not tire even after an extended amount of time, were screaming unintelligible and illogical threatening statements throughout the entire contact, and in one form or another seemed intently focused on gaining control of the officers equipment and firearms.  While it is known the subjects were under the influence of methamphetamines, the intensity of fight demonstrated by these individuals was unusual.

The fact this agency encountered three (3) such cases, within as many days, and then a number of other incidents where people under the influence of some unknown substance acted outside what would be considered normal parameters, arguably points to the possibility there is a bad batch of methamphetamine and/or some other substance on the street in the Junction City area.  It goes without saying, none of these types of substances are safe for consumption, let alone that which has been laced with some type of poison or other dangerous ingredient.  Those suffering from chemical dependency are warned and should immediately seek professional treatment in to order help abstain from using illicit substances. 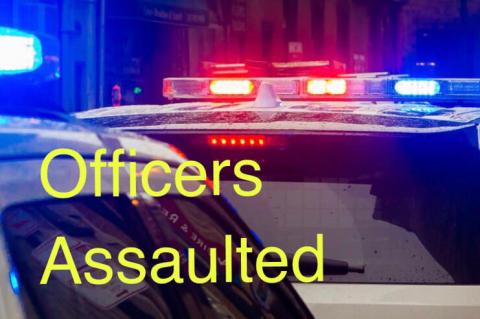