On 12/5/2020 at approximately 1:42pm, Officers responded to a report of a criminal trespass at the former Blue Heron paper mill, located at 419 Main St. in Oregon City. The former mill was shut down in 2011 and remains vacant to this day. Initial information provided by a witness was they observed an individual throwing items from a window of a building at the mill.

Officers responded and also observed furniture being thrown from an upstairs window. A short time later, officers then observed smoke coming from the same window which items were being thrown.  Officers formed a perimeter and Clackamas Fire responded to extinguish the fire.  Officers located 29-year-old Enrique Omar Mejia inside the perimeter and he was detained without incident.  Mr. Mejia was lodged last night in the Clackamas County Jail on one count of Arson in the second degree, Criminal Trespass in the second degree, and Disorderly Conduct in the second degree.

Detectives and Clackamas Fire arson investigators are continuing to investigate the cause of the fire and ask anyone who has information about the fire to please contact the Oregon City Police Department tip line: 503-905-3505.  Reference OCPD case # 20-025904. 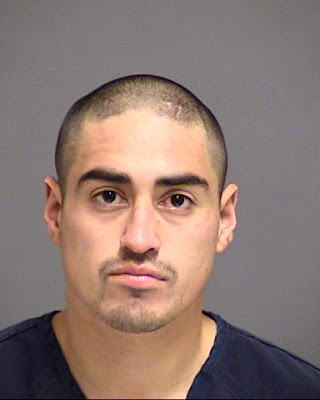