YONCALLA, Ore. - A man was arrested Friday after crashing into a mobile home and stripping naked, sparking several calls to 9-1-1.

On January 8, 2021, at 10:54 am, 9-1-1 dispatchers began receiving reports of a motorhome which hit a travel trailer in the Eagle Valley RV Park (221 Eagle Valley Road). The driver of the motorhome began confronting other drivers and people in the area. At one point the male attempted to open the door to another trailer in the park and stole a cell phone from a bystander with force. Callers then began reporting the male stripped nude and began hitting the windshield of another vehicle.

A deputy arrived on scene at approximately 10:57 am and attempted to defuse the situation, but the male was acting erratically. The deputy's attempts to de-escalate the situation were unsuccessful. The deputy deployed his TASER, which allowed the male to be taken into custody safely and without further incident.

The male was identified as 39 year-old Frank John James (city of residence is unknown). Deputies learned that James had been the subject of multiple driving complaints and was reported to have struck multiple vehicles on Interstate 5 while traveling south from Cottage Grove. Oregon State Police Troopers had been responding to the area to locate the motorhome. After exiting the freeway, James struck an ODOT truck head-on and drove away from the scene. He then entered the RV Park and attempted to strike a pedestrian with the motorhome before crashing into the travel trailer. Deputies also discovered an adult female, who was James' girlfriend, had been a passenger in the RV. The passenger had asked James to stop and let her out, but he did not and continued driving.

Deputies discovered James had caused significant damage to the travel trailer, which was occupied at the time of the collision, although the occupants were not injured. Additional damage occurred to the park's waterline and another vehicle. James was arrested and lodged at the Douglas County Jail on the following charges:

Additionally, the Oregon State Police investigated the crimes which occurred on Interstate 5 and the incident involving the ODOT truck. Further charges against James were levied by Troopers for the following crimes:

James remains in custody in the Douglas County Jail. 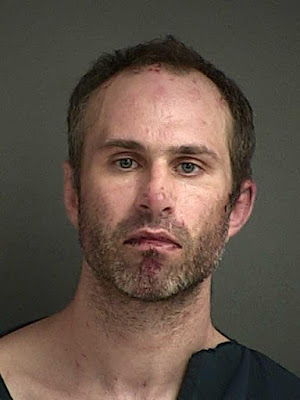 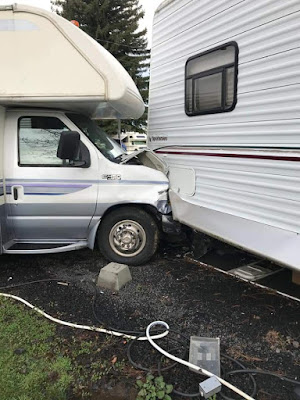 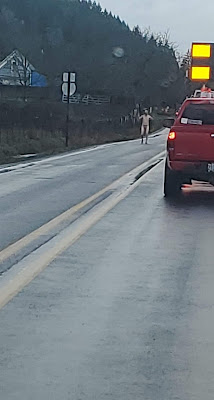