On January 17, 2021 at approximately 3:40 p.m., the Deschutes County Sheriff’s office received a report of a vehicle being shot at a long-term camp in the area of USFS road 1510 near the 450 spur, approximately 5 miles west of Sisters.  A green mid 1990’s Chevrolet Tahoe had been shot multiple times by an unknown subject near the camp. This vehicle was in very close proximity to a tent that was being used for housing.

The occupants of the camp called 911 and deputies responded to the area and were assisted by a US Forest Service Law Enforcement Officer.  Additionally, a USFS Law Enforcement K-9 responded to search the area extensively, however no suspects were located. In the last week, deputies have conducted multiple interviews and have searched the area for additional evidence.

The investigation is active and ongoing. 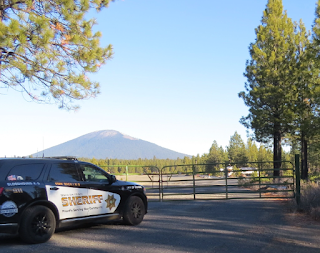 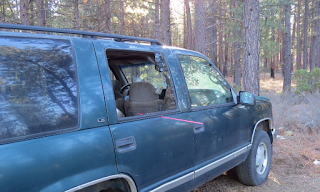