WANTED FOR STABBING AT MILLSITE PARK

On January 19, 2021 at about 8:13 PM, officers were called to Millsite Park for a call of a male who had been stabbed.  The 40-year-old male was transported by ambulance to Mercy Medical Center, where he was treated for non-life threatening injuries.

It was discovered during the investigation that two subjects had approached the male and a confrontation ensued.  At some point one of the two subjects stabbed the man twice.  The two then fled the scene on foot.

The Myrtle Creek Police Department, along with assistance from the Oregon State Police and the Douglas County Sheriff’s Office have developed a suspect in the case.

Myrtle Creek Police have probable cause to arrest 18-year-old Desmond Matthew Garcia on assault charges in connection with the stabbing.  Garcia was last known to be staying in Myrtle Creek, but may have fled the area.  If you know of Garcia’s whereabouts you are urged to call the Myrtle Creek Police Department at 541-440-4471.  If you see Garcia, he is considered armed and dangerous, do not try to confront him and call 911.

This is an ongoing, active investigation and no further information will be released at this time. 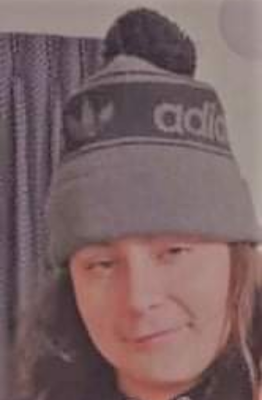