On Tuesday, February 2, 2021 around 10:38 p.m., Bend Police received a report that someone was disturbing neighbors in the area of the COCC campus parking lot by “doing cookies” and revving their engine loudly.  The caller drove to the parking lot and confronted the driver asking him to stop. The driver, later identified as Jonathan Erickson did not stop and followed the caller for about 20 minutes with his lights and light bar on bright, throughout the northwest area of Bend.  The caller told law enforcement he was able to turn down several streets in an attempt to get away from Jonathan Erickson.

Jonathan Erickson sped away from the officer as he drove towards downtown Bend at a high rate of speed.  The officer did not pursue him as the road conditions were icy and covered by snow.

Deputies from the Deschutes County Sheriff’s Office were set up in multiple locations with spike strips, but Erickson did not drive through any of the locations.

As officers were pursing Jonathan Erickson, he drove toward Newport Bridge and lost control of his vehicle. Officers attempt to block Jonathan Erickson’s vehicle to get him to stop, but he drove in reverse and rammed into two City of Bend Patrol cars, causing damage.

Jonathan Erickson continued to drive recklessly as officers witnessed him turn into 2500 NW Regency and he ran into an apartment.  Officers were preparing a search warrant when Jonathan Erickson came out of the apartment and he was arrested, without incident. Jonathan Erickson taken to the Deschutes County Adult Jail where he was lodged.

3 counts of Hit and Run

3 counts of Fleeing or Attempting to Elude a Police Officer, Felony

2 counts of Criminal Mischief I 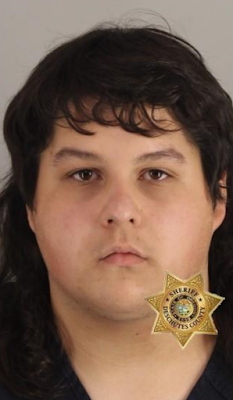