On Tuesday 3/30/2021 at 1:40am Lane County Sheriff Deputies responded to the 33000 block of McKenzie View Drive for the report of a Burglary and Attempted Rape that just occurred. The home owner called and reported that an unknown male broke out a sliding glass door in the home and entered the bedroom where the female victim was sleeping.  The male suspect is alleged to have removed his pants, got in the bed, and attempted to remove the victim’s pants. Thankfully, the victims roommates heard the commotion and confronted the suspect with a firearm, causing him to flee the residence.

Deputies located the suspect a short distance away and identified him as 28 year old Jesse O’Conner from Eugene. O’Conner was taken into custody without incident, however due to exhibiting strange behavior commonly observed in individuals under the influence of illicit drugs, he was treated at McKenzie Willamette Hospital prior to lodging at the jail.  During the investigation, information was provided that indicates O’Conner is suspected of ingesting Psilocybin Mushrooms and Marijuana prior to the incident.  O’Conner was lodged at the Lane County Jail on the charges of Burglary-1, Criminal Mischief-2, Sex Abuse-3, and Attempted Rape-I.

No further information is being released at this time. 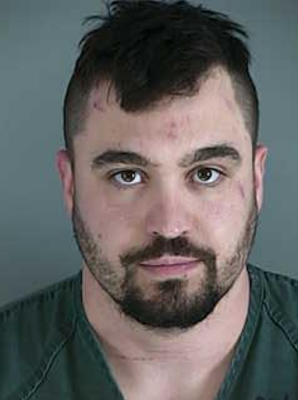