On Tuesday, April 13, 2020, a group gathered in Kenton Park located in 8417 North Brandon Avenue at about 9:15 p.m. A “direct action” event was publicized earlier in the day on social media discouraging streaming (video broadcasting in real time) and “peace police.” A similarly publicized event the evening prior drew an estimated 200 participants and devolved into a riot at a police facility (See prior news releases).A group of about 100 people gathered in the area of Kenton Park. At about 9:40 p.m., the group started marching towards the Portland Police Association building, on North Lombard Street. They blocked traffic and had several support vehicles with them and people began shooting fireworks into the air.Upon arrival at the building, someone from the group started a fire in a garbage can that was placed directly next to the building. This building is situated in a mixed residential and business neighborhood.Police gave announcements to the crowd via the sound truck to stop their criminal activity or be subject to arrest and force.Someone in the crowd used an unknown accelerant on the wooden framing around a door of the building, then lit it on fire. Incident command declared a riot due to the criminal activity and danger the fires were posing to the neighborhood. Police gave more warnings and direction for people to get out of the street and walk away to the north.Members of Portland Fire & Rescue responded and put out the fires.Officers made one focused arrest related to the incident. 19 year-old Alma Raven-Guido was arrested and charged with Arson II.Shortly after the arrest, the crowd dispersed. Portland Police did not use any munitions or CS gas. 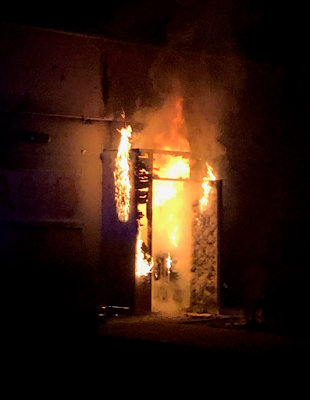 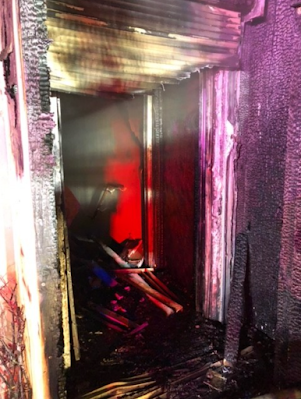 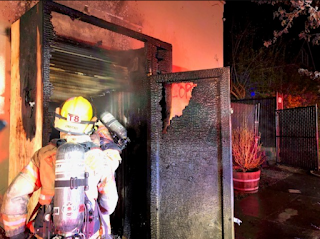