DOUGLAS COUNTY, Ore. - Sheriff John Hanlin is saddened to announce the line-of-duty death of retired Deputy Stanley "Allen" Burdic from duty-related wounds suffered in 1980. In October 1976, Allen Burdic was hired by the Canyonville Police Department where he served until July 1979 when he accepted a Deputy Sheriff position with the Douglas County Sheriff's Office. On August 12, 1980, Deputy Burdic responded to a reported shooting at the Nutshell Tavern in Myrtle Creek. Sometime in the early morning hours of August 13, Deputy Burdic located the suspect at a gravel turnout north of the Myrtle Creek Bridge near Interstate 5. The suspect opened fire on Deputy Burdic, striking him twice. The suspect then stole the deputy’s patrol car. As the suspect left in the stolen patrol car, he ran over Deputy Burdic’s legs.  Deputy Burdic sustained serious injuries from the gunshot wounds, which prevented his return to his position as a deputy. He medically retired from the Sheriff's Office in 1982. He briefly returned to the Canyonville Police Department as a Police Officer from July 1984 to November 1985. Deputy Burdic passed away at his home on March 11, 2021 from complications of the injuries he sustained in the line of duty working for the Douglas County Sheriff's Office in 1980. "Deputy Burdic's sacrifice while in service to the citizens of Douglas County, no matter the span of time between the shooting and his death, cannot go unmentioned. We will honor him, his family and his memory and never forget what happened to this deputy on August 13, 1980," Sheriff Hanlin said.  Deputy Burdic's memorial service is scheduled for Saturday, April 17, 2021, at 2:00 p.m. at the Tri-City Baptist Church. Deputy Burdic will be afforded law enforcement honors at the service. Deputy Burdic's Family and the Douglas County Sheriff's Office are being assisted by the Oregon Fallen Badge Foundation. Anyone wishing to make financial contributions to support the Burdic family may do so through the Oregon Fallen Badge Foundation  Online:www.oregonfallenbadge.comClick on the "Donate to OFBF" link on the home page and then enter "For the Burdic Family" into the memo line of the PayPal donation page. US Mail:  Oregon Fallen Badge Foundation818 SW 3rd Ave #347Portland, OR 97204 Checks can be made payable to the Oregon Fallen Badge Foundation with "For the Burdic Family" in the memo line. 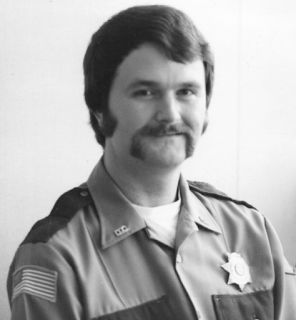