On April 2nd at about 1:16 AM Douglas County Dispatch received a call regarding a 47 year old female who had been stabbed by her boyfriend in the 300 block of South East Front Street in Oakland. The boyfriend identified as Elijah Wallace fled the scene in the victims vehicle to Meadows Mobile Home Park located in the 500 block of S State Street in Sutherlin. there he abandoned the vehicle  and fled on foot.

A multi agency search of the area was conducted but Wallace was not located. A knife and other evidence were recovered at the scene but it is unknown if the knife found was used in the stabbing.

Wallace should be considered armed and dangerous. He is described as a slim white male adult  with short black hair, hazel eyes, 5'9" tall and approximately 158 lb.

The victim was life flighted to a hospital for her injuries, her current condition is unknown. 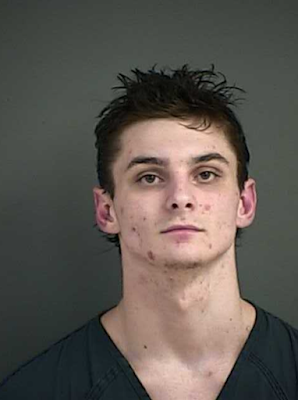