CORVALLIS, Ore. – A Vancouver, Washington man pleaded guilty on March 30, 2021, to attempted coercion and enticement of a minor. Daniel Baldie, 34, sent emails and text messages to a Benton County Deputy, posing as a 13-year-old girl.

Baldie faces a maximum sentence of life in prison with a 10-year mandatory minimum sentence, a $250,000 fine, and a life term of supervised released. He will be sentenced on July 8, 2021, before U.S. District Court Judge Ann Aiken, according to a recent Oregon Department of Justice press release.

In January of 2020, an undercover Benton County Sheriff’s Office deputy, posing as a minor child, responded to an online ad which was seeking “younger girls.” During the course of the conversation that followed, Baldie offered to drive to Corvallis to meet with the child, then drive the child back to Vancouver for sex.

On February 7, 2020, Baldie was arrested as he arrived in Corvallis to pick up the child. He was transported to the Benton County Jail where he was charged with Luring a Minor, Online Sexual Corruption of a Child I, and Attempted Using Child in Display of Sexually Explicit Conduct.

Following the arrest of Baldie, the Vancouver Police Department (WA), executed a search warrant at Baldie’s residence. During the service of the search warrant, the wife of Daniel Lee Baldie was interviewed as a possible co-conspirator in the crime of Attempt Rape of a Child in the 2nd degree. Several electronic devices were seized for computer forensic examination and the couple’s three children were taken into protective custody.

Advice from the FBI, including privacy settings for electronic devices, is located at https://www.fbi.gov/scams-and-safety/protecting-your-kids. The FBI also encourages the public to report any child physical or online exploitation at 503-224-4181 or submit a tip at https://tips.fbi.gov/. 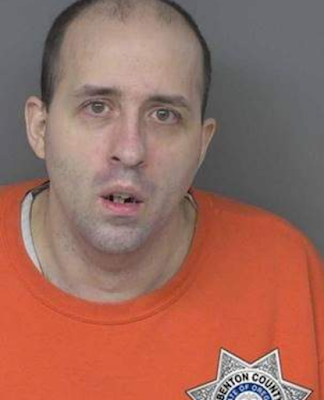