The defendant was employed as a kindergarten teacher at Orenco Elementary School in Hillsboro, Oregon when the Oregon Internet Crimes Against Children Task Force received a cybertip that he was accessing child pornography from his Multnomah County home.

In May of 2020, Portland police executed a search warrant on the house and seized the defendant’s devices. He admitted they would find four images and videos depicting child pornography but claimed they were not for sexual purposes. Mr. Cunningham was charged in Multnomah County for possession and duplication of that child abuse material.

In addition to the four images and videos the defendant acknowledged, investigators also found a photo the defendant took of a student using the restroom at Orenco Elementary School in Washington County. The photo depicts intimate areas of the child’s body and is taken from an angle such that the defendant would have to be hidden from view when he took it. The victim was identified by police and no other students were impacted.

The Washington County District Attorney’s Office wishes to acknowledge the work of the Oregon Department of Justice and the Portland Police Bureau on this case. 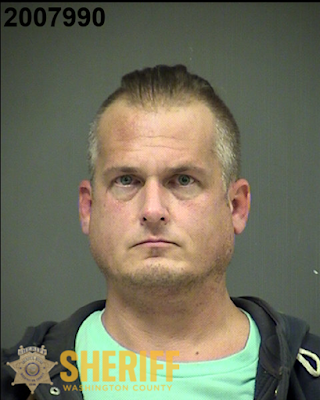