CRASH CLAIMS THE LIFE OF A WINSTON MAN

Deputies arrived on scene and discovered a 1994 Chevrolet pickup and a 2012 Dodge 3500 pickup which were involved in a head-on collision. An investigation indicates the Chevrolet pickup, operated by 58 year-old Richard Dean Chastain of Winston, was traveling southbound when the vehicle drifted into the oncoming path of the Dodge for an unknown reason. The Dodge was operated by 28 year-old Steven Snawder of Roseburg.

Snawder was transported to Mercy Medical Center for treatment and was later released. Chastain and his two dogs were pronounced deceased at the scene. Next of kin has been notified.

The crash is still under investigation, however intoxicants do not appear to be a contributing factor. Anyone who may have witnessed the crash is asked to call 541-440-4471 referencing case number 19-5249. 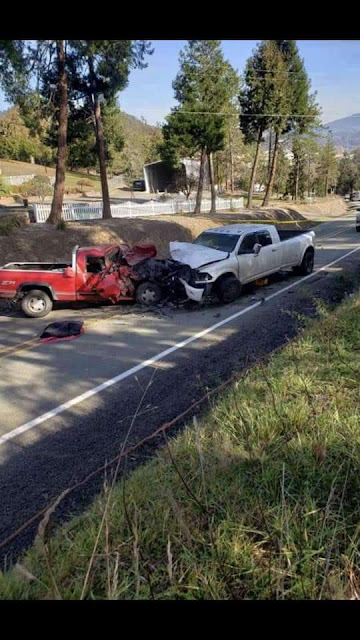