During the service of the warrant a total of 15 people were detained at the scene.  Three subjects were cited and released for drug law violations and one was arrested for warrants.

Arrested was Elizabeth Ann Hibberd, 052680. She was lodged on two warrants. 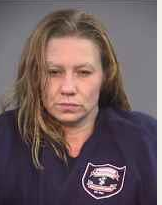 Subjects cited for Possession of Controlled Substance
were:

JCSO is continuing to investigate this incident.