On the listed date and time, Officers from the Grants Pass Department of Public Safety received a request for a welfare check on a possible suicidal male subject in the area of SW Humanity Way.  The caller advised 41-year-old Kenneth Charles Sumner was intoxicated and trying to break into a gun safe, all the while  threatening to commit suicide.

The other occupants in the residence left due to Summers intoxication and threats to harm himself. Officers arrived on scene and attempted to contact Sumner to offer assistance.  Sumner refused any assistance and threatened to harm the officers should they approach his residence.  At the time of the contact, officers believed Sumner was not a direct threat to anyone but himself.  Due to Sumners threats, and belief he had access to weapons, officers attempted to ensure the public was safe and backed away from the residence.

As the officers were starting to leave the area, they heard a large caliber rifle fired from the residence where Sumner was located.  Multiple 911 calls were received regarding the weapon being fired and Sumner was seen by neighbors walking around the residence with a firearm. It was not known at that time if Sumner was aiming for the officers, other residents located in that area, or shooting randomly.  At that time officers requested additional assistance to include SWAT and Critical Incident Negotiation Team (CINT).

Several personnel responded to the scene and secured a perimeter around the residence.  Neighbors were also contacted and advised to remain inside their houses. At that time, the concern was for the safety of residents in the area.  Sumners’ conduct continued to be hostile and confrontational.  He was also believed to be intoxicated, which further complicated any communication or reasoning with him for a peaceful resolution.

Sumner was contacted by phone and continued to threaten to harm himself as well as the officers.  SWAT arrived and secured the area around the residence.  Sumner was seen outside of his residence on multiple occasions, once with a pistol, later with a rifle.  Sumner spoke with negotiators and continued to threaten officers with harm and to shoot should they approach him.

Multiple requests for Sumner to exit the residence peacefully so we could work with mental health professionals to assist him during this crisis were unsuccessful.  The residence was still surrounded and Sumner stayed within his property.  Due to the fact that there were shots fired, the threat to the public was of major concern.  Negotiations continued and eventually broke down when Sumner turned off his phone and refused to talk.

Multiple attempts were made to have Sumner exit the residence via PA announcements from vehicles at the scene.  Sumner refused all contact and would not respond.  After an extended period of time with no contact, along with recommendations from mental health professionals from Options who were working with our negotiations team, it was determined the best course of action would be to deescalate and move back from the area.  During negotiations, Sumner had stated he did not want to harm anyone and wanted to be left alone.  His suicidal intentions had also changed, and it was believed he was planning on forcing officers to shoot him if they attempted to arrest him.

The decision was made to not confront Sumner to avoid a deadly force encounter.  Officers chose to deescalate the incident and attempt to ensure the safety of the public and Sumner.  Safety plans were put in place to monitor the residence and ensure Sumner would not exit the residence and attempt harm to anyone else.  After observing the residence after leaving the area, it was believed Sumner had fallen asleep inside.

Officers remained in the area as a safety precaution and for the safety of the public. Later in the morning on 08-09-2020, officers were able to make contact with Sumner and he was taken into custody without incident on the listed charges.  Sumner was lodged at the Josephine County Jail.

Options of Southern Oregon has also been involved in this incident at multiple levels.

The Grants Pass Department of Public Safety would like to thank the residents in the area of this incident for their patience and cooperation while our officers worked to ensure the safety of all involved.  These incidents are extremely sensitive, complex and difficult to resolve safely.  Thanks to the training, tactics and special equipment available to our officers, this incident was resolved with no loss of life or harm to anyone involved.

Charges:
1 Felony county of Unlawful Use of a Weapon 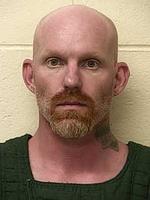