On September 15, 2020 at 10:20 p.m. the Lane County Sheriff's Office received a report of a man with a gunshot wound at the 81000 block of Davisson Road in Creswell. Deputies arrived and located the victim, a 59 year old male from Springfield, outside of a residence bleeding profusely. Deputies provided first aid on scene to slow the bleeding until medics arrived. The victim was transported by ambulance to receive medical attention for multiple wounds sustained from a gunshot.

On October 12, 2020 shortly after 1:00 p.m., Lane County Sheriff’s Office detectives received information that Wesley Fredrick Roy Jr. was at an RV Park on the 82100 block of Davisson Road in Creswell.  Detectives and Creswell Contract deputies arrived and observed a silver sedan that Roy was associated with parked nearby.  Roy was positively identified by detectives getting into the sedan.  Due to the nature of the crime, it was believed that Roy may be armed.  To avoid a confrontation that may involve a weapon in the densely populated RV Park, deputies staged to the north and south of the RV Park and waited a few minutes for Roy to leave.

A spike strip was used just south of the RV Park causing the two front tires of the vehicle Roy was driving to go flat.  Roy attempted to elude deputies by increasing his speed to over 100 mph until he reached a curve in the roadway and eventually slowed, then stopped.  Roy was taken into custody without further incident on charges from multiple different cases including Assault in the first degree associated with the September 15th shooting and Assault in the second degree from a domestic violence case where the female victim suffered serious permanent injuries.

This case has been forwarded to the Lane County District Attorney’s Office for prosecution. 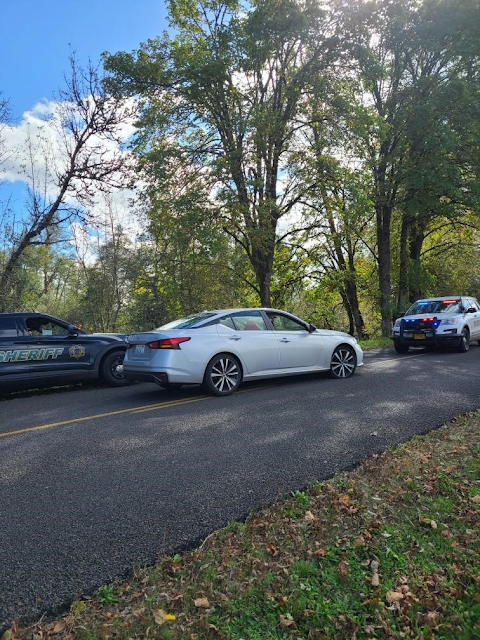