On Thursday, November 12th, 2020 The Roseburg Police Department and Oregon State Police Explosives Unit, investigated several suspicious devices that were found in the Roseburg High School parking lot that day.  At the time it was suspected they were potentially altered fireworks.  The OSP Explosives Unit responded and took possession of those objects, and we are still waiting on confirmation as to what the devices contained.

Through an ongoing investigation by a Roseburg Police Department School Resource Officer, along with assistance from the Roseburg School District, we were able to identify two persons of interest in this case.  Two brothers who live in the neighborhood adjacent to the high school were contacted.  During that contact we developed information that the brothers allegedly made the items and had thrown them over the fence into the parking lot of the school.  At this time there is nothing that leads us to believe they were trying to harm anyone, or damage any property.

On Wednesday, November 18th, 2020, 22 year old Jonathan Long and his brother, 21 year old Tyler Ganieany were both charged with Unlawful Manufacture of a Destructive Device, which is a Class C felony in Oregon.  Both males are also currently on Probation and both are facing additional charges for violating their Probation conditions.

There is no reason to believe either brother was ever on the campus during this incident. 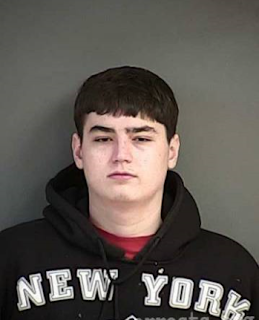 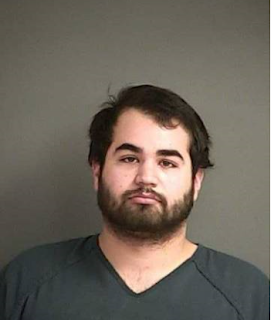