On November 22, 2020 shortly after 11:00 p.m., the Lane County Sheriff's Office received a report of an assault at a home at the 22000 block of Fisk Rd. in Noti. The victim (a 73 year old male) was reportedly assaulted by a family member, 44 year old Shawn Stilwell of Noti, and suffered significant facial injuries. The victim was able to get out of the house but the victim's wife, who is on hospice, was reportedly still in the home with Shawn.

Information obtained during the investigation indicated that Shawn was agitated, possibly intoxicated, and had access to weapons.  Upon arrival, deputies found Shawn’s vehicle parked about halfway up the long driveway to the home, blocking other vehicles from passing.  Deputies attempted to loud hail from their patrol vehicles from behind Shawn’s vehicle but did not get any response from him or the victim's wife.

Shortly after 7:00 a.m. on November 23, 2020, Shawn came to the front porch of the residence with his hands up and was taken into custody and lodged at the Lane County Jail on Assault in the second degree, Menacing, and Strangulation.

The victim was not transported to the hospital.  The victim's wife was evaluated and thankfully determined to be uninjured. 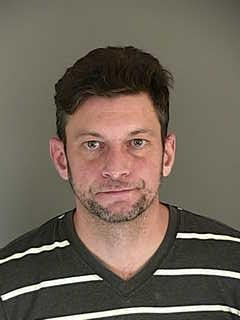