On Friday, December 4, 2020, at 6:36 p.m, Hillsboro Police Department officers responded to the Dollar Tree store at 2165 SE Tualatin Valley Highway in Hillsboro, Oregon, to a report of an adult man exposing himself to a 10-year-old girl.

The man, later identified as 32-year-old Brady Overacre of Hillsboro, left the store prior to police arriving. Hillsboro Police located Mr. Overacre at his residence and placed him into custody.

Washington County Sheriff’s Office deputies were able to determine that Mr. Overacre was the suspect in the indecent exposure that occurred near SW 214th Avenue and SW Alexander Street in the community of Aloha on December 2, 2020.

Mr. Overacre was booked into the Washington County Jail on the following charges:

Additional charges may be forthcoming as the investigations continue.

Anyone with information on this investigation is asked to please contact non-emergency dispatch at 503-629-0111.

On Wednesday, December 2, 2020, at around 10:30 a.m., Washington County Sheriff’s Office deputies responded to a report that an adult man exposed himself to a 13-year-old boy.

The incident happened while the boy was skateboarding at an apartment complex near SW 214th Ave. and Alexander St. in the community of Aloha.

The surveillance video shows the suspect drive into the parking lot of the complex prior to the incident occurring. The vehicle is a white, 4-door sedan with no plates. The driver is described as a man with a darker complexion around the age of 30. He has light facial hair and black straight hair.

He was wearing a black fedora-style hat, black jacket and black pants, as well as a black bandana around his neck. 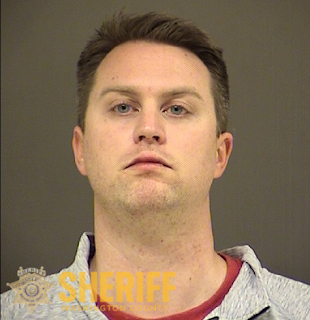 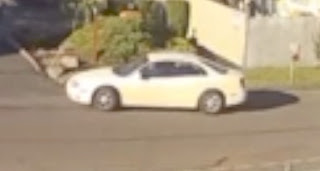