Salem, Ore. —  At approximately 3:30 a.m. this morning, May 31, 2021, officers responded to the call of a person pinned beneath a vehicle in the south parking lot of Riverfront Park. On arrival, officers found a 15-year-old young man trapped underneath a car.

Four teenage friends were in the vehicle driving through the parking lot. When the 16-year-old female driver stopped the vehicle, the young man exited and climbed onto the hood. The driver proceeded forward when the young man slid off the hood, ultimately becoming pinned under the vehicle.

Another young woman in the group called 9-1-1 immediately, while the fourth juvenile attempted to get assistance.

Salem Fire Department personnel arrived to extricate the injured teen after which paramedics immediately transported the teen to Salem Health where he died from his injuries.

Due to the age of victim and those involved in the tragic incident, names are not being released. The Salem Police Traffic Team is handling the investigation and no further information will be released at this time. 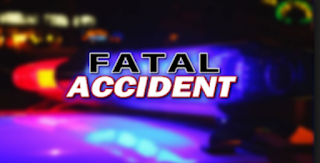