Update:  Investigators developed 21 year old Roseburg resident Billy Dale Conner-Ferguson as the suspect in this case.  Conner-Ferguson has been located and charged with Criminal Homicide.


On April 30, 2018 at 12:20 AM, Roseburg Police responded to the Rodeway Inn, 511 SE Stephens regarding a report of a male with an apparent stab wound.  When officers arrived, they found an adult male unconscious in the parking lot.  The victim was transported to Mercy Medical Center via ambulance where he succumbed to his injuries.
The suspect, who fled from the scene prior to officer’s arrival, is believed to be known to the victim leading investigators to believe there is no known ongoing threat to the public at this time.  The Douglas County Major Crimes Team has been activated for this case.  This investigation is in the early stages and is ongoing. 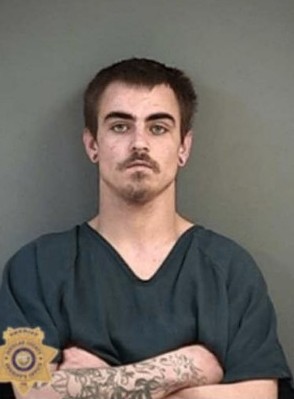