Today, Multnomah County District Attorney Rod Underhill announced 32-year-old Kecia Jean Weaver pleaded guilty to one count of luring a minor and was sentenced to 24 months of formal probation following an investigation into allegations she sent sexually explicit images of herself to a student enrolled at a local high school.

“This [plea] offer was carefully crafted after going through the facts of this case, after discussions with the victim and especially after a lot of the mitigation provided by the defense in this particular case [was reviewed],” Multnomah County Deputy District Attorney Nicole Hermann said during Monday’s hearing. “There was a very extensive psycho-sexual evaluation that was done that provided a lot of information both about Ms. Weaver and about how to move forward. ...A lot of the conditions of this probation rely heavily on the treatment classes and counseling as recommended [in] that evaluation."

This investigation started on February 9, 2018, when the principal at Centennial High School notified law enforcement that a student and school staff member were potentially having a sexual relationship. During the investigation, law enforcement determined the student met Ms. Weaver at an after school program during his freshman year. Gresham Police learned Ms. Weaver communicated with the student between 2015-2017 using Snapchat, and during some of those conversations there was an exchange of sexually explicit images and videos.

“Thankfully, cases like these are rare in Multnomah County,” Hermann said after court. “There was no evidence gathered during this investigation to suggest Ms. Weaver engaged in sexual contact with the minor victim. That said, as students go back to school, we must demand accountability from those individuals whom we trust to watch over our children while they are in school.”

Ms. Weaver was a member of the high school’s support staff. She was not a licensed teacher.

"Given all of that, the victim is quite appreciative that Ms. Weaver has taken full responsibility in this case. ... It's been very clear that she has taken responsibility,” Hermann said in court.

This case was investigated by the Gresham Police Department in cooperation with the Centennial School District.

The Multnomah County District Attorney’s Office encourages parents to speak with children about appropriate relationships with school staff and other members of the community. A warning sign of a potentially inappropriate relationship would be a school staff member and a child communicating with one another after school hours over text messages and/or using social media apps. Many of these applications have features that include “disappearing” or “self-deleting” capabilities, which could make it difficult for parents or others to monitor those conversations. Parents who believe their children may be involved in potentially inappropriate relationships with a school staff member or anyone else in the community should contact law enforcement. 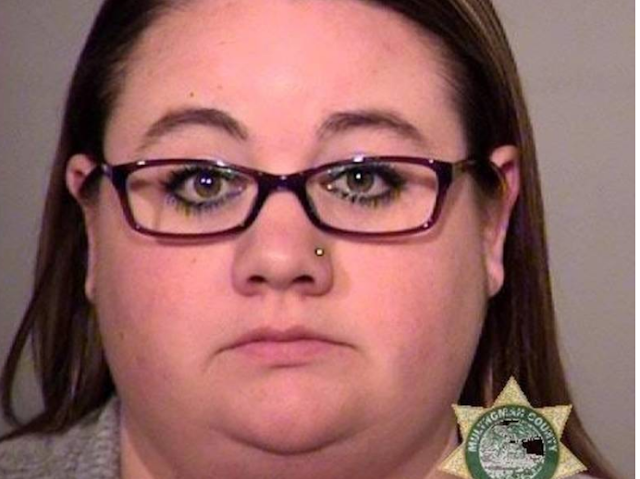