On September 15, 2018 Medford Police investigators received information that homicide suspect, Jesse Allen, was inside a residence in the 700 block of Linn Rd, Eagle Point. The Medford Police SWAT Team surrounded the residence and Allen surrendered without incident. He was interviewed by investigators and subsequently lodged at the Jackson County Jail. He has been charged with Murder. The weapon believed to have been used in the homicide has been recovered.

The victim has been identified as 21 year old, KayLynn Klosterman. An autopsy will be performed by the Oregon State Medical Examiners Office on September 18, 2018.

On September 14, 2018 at 2:30pm, Medford Police officers responded to the 3000 Block of Arrowhead Drive, after a report of several gunshots being heard from inside of an apartment and a male subject observed running from the location.

Medford Police detectives are investigating this incident as a Homicide and have identified 20 year old, Jesse Allen, as the suspect. He has not yet been located. The motive and events leading up to the shooting remain under investigation.

Allen is described as a white male adult, 5’8” tall and 150 lbs. He has blonde hair and blue eyes but may have a shaved head. He has several tattoos on both arms and very distinct tattoos on his neck that display the letters “TVS” in block lettering.

The Medford Police Department is asking anyone with information regarding Allen’s whereabouts to call 911 immediately. Do not confront Allen as he is considered armed and dangerous.

Investigators have identified the victim. Her name will be released upon next of kin notification.
The Medford Police Department is being assisted in this investigation by the Jackson County District Attorney’s Office, and the Oregon State Police Crime Lab. 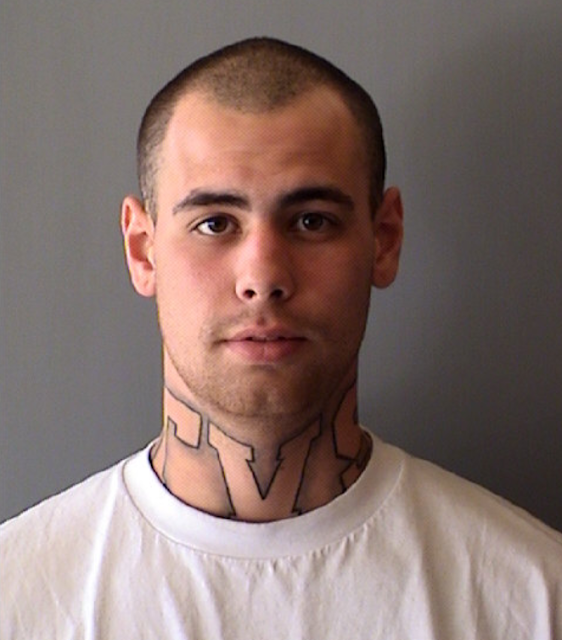