On Thursday, September 27, 2018, at approximately 8:30 PM. Deputies from the Jackson County Sheriff's Office were responding to a restraining order violation in the White City area.
When deputies arrived in the area a citizen flagged them down to report a suspicious vehicle (Toyota Tundra) that had been following them.  Deputies located a 2013 Toyota Tundra and attempted a traffic stop on the vehicle.

The operator, later identified as Christopher Giron (48) from Ashland, attempted to elude and drove southbound on Hwy 62 at a high rate of speed.  Giron attempted to turn eastbound onto Hwy 140 but failed to negotiate the corner.  Giron left the roadway at the southeast corner of the intersection, struck an electrical box that operates the traffic signal, and came to rest down an embankment.

Giron and his passenger, Teddy Geaney (50) from Klamath Falls, were transported to the hospital.  Geaney sustained fatal injuries in the crash and was pronounced deceased at the hospital.

The 2013 Toyota Tundra was reported stolen from southern Jackson County.
Geaney was the suspect in the restraining order violation.
Oregon State Police are investigating the crash and were assisted by the Jackson County District Attorney's Office and ODOT. 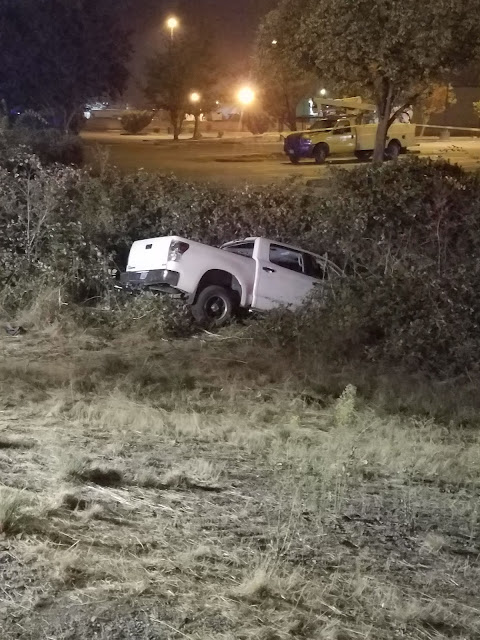