RIDDLE, Ore. - A crash Sunday evening claimed the life of a Winston man. Dispatchers received a 9-1-1 call of a single vehicle crash in the 2000-block of Cow Creek Road near Riddle at about 8:16 PM.

The Sheriff's Office determined the vehicle had been operated by 32 year-old Thomas W. Rynearson of Winston. The preliminary investigation indicates Rynearson was driving a 2004 Ford F350 toward Riddle when his vehicle left the roadway and rolled several times. Rynearson was pronounced deceased at the scene. Speed appears to be a contributing factor.  The Douglas County Medical Examiner's Office also responded to the scene.

Anyone with information about the crash is asked to speak with deputies by calling 541-440-4471 and reference case #18-4592.
The Sheriff's Office was assisted by the Oregon State Police, Riddle Fire Department, Bay Cities Ambulance and Bill's Towing. 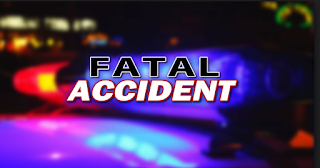