GLENDALE, Ore. - A Grants Pass man found himself in jail after he led deputies on a pursuit in Glendale early Friday morning.

37 year-old Jason Edmund Dangerfield failed to stop when a deputy attempted to conduct a traffic stop and tried to elude deputies in a 2010 Chevy Malibu on Glendale Valley Road. The pursuit ended in the 1000-block of Tunnel Road when Dangerfield attempted to flee on foot. He was apprehended a short time later by deputies. 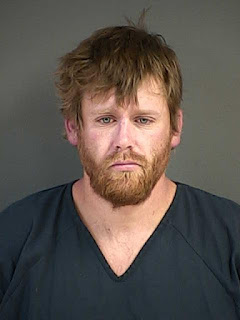