On November 23, 2018 at approximately 1500 hours Deputies from the Deschutes County Sheriff’s Office responded to the area of NW Kingwood Dr. and NW Maple Ln for the report of a lost 18 year old male,Michael McManus from Redmond, Oregon  and his German Shepard.

Upon arrival deputies learned Michael had been with his father, Daniel McManus running their dogs in the area when Michael and his dog became separated from his father.

Michael was not dressed or prepared for the arriving cold temperatures. After searching the area for approximately 2 hours Michael was located on a trail approximately a half mile north of his last known location by Deschutes County Sheriff’s Office Deputies. Michael was provided a coat and hat to keep him warm until he was reunited with his family. 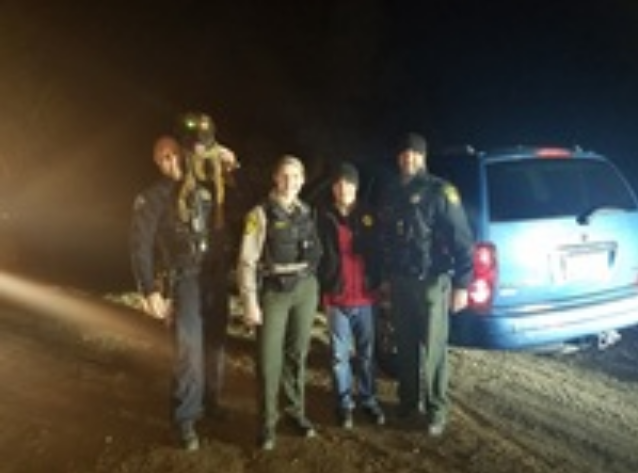