Today, Multnomah County District Attorney Rod Underhill announced a 71-count indictment was unsealed after 34-year-old Johnny Tuck Chee Chan appeared in Multnomah County Circuit Court.
Chan was arrested on November 26, 2018 by members of the United States Marshals Service Fugitive Task Force in the 9900 block of Northeast Cascades Parkway in Portland, Oregon. Upon his arrest, Chan was booked into the Multnomah County Detention Center pursuant to a warrant that was issued on November 23, 2018.

Chan’s arrest is the result of a year-long investigation conducted by the Portland Police Bureau’s Sex Crimes Unit and the Multnomah County District Attorney’s Office.

According to a publically available search warrant, this investigation started in November 2017 when the Portland Police Bureau was notified by Kaiser Permanente that an employee discovered a hidden camera inside a bathroom at a Kaiser Permanente facility, located in the 5700 block of Northeast 138th Avenue in Portland, Oregon. This facility is not open to the public.

During this investigation, the Portland Police Bureau learned that the defendant, a licensed pharmacist, was employed by Kaiser Permanente. According to the indictment, the alleged offenses occurred between December 2016 and November 2017.

The indictment identifies 51 individuals, including one female minor victim, all of whom were recorded without permission by the defendant.

In the indictment, Count 1 alleges that the defendant unlawfully and knowingly developed and/or duplicated a visual recording of a child that captured intimate parts of her body.
Counts 2-7 of the indictment allege that Chan was unlawfully and knowingly, and for the purpose of satisfying his sexual desires, in possession of multiple visual recordings that depicted sexually explicit conduct involving children under the age of 18.

In the indictment, Counts 8-35 allege that the defendant invaded the personal privacy of more than two dozen adults by, unlawfully and knowingly, and without consent, creating visual recordings of the individuals while they were, independently, in a state of nudity and in a place where they had a reasonable expectation of personal privacy.

Counts 36-71 of the indictment allege that Chan invaded the personal privacy of more than two dozen other adults by, unlawfully and knowingly, and without consent, creating visual recordings of the individuals in a location where they had a reasonable expectation of personal privacy.

According to the indictment, the grand jury heard from more than 50 separate witnesses during a seven day period earlier this month.

Kaiser Permanente has fully cooperated with the Portland Police Bureau and the Multnomah County District Attorney’s Office throughout this investigation.

On November 27, 2018, the defendant appeared before Multnomah County Circuit Court Judge Shelley D. Russell. Chan has retained a criminal defense attorney and a plea of not guilty was entered on his behalf to all of the allegations listed in the indictment.

The defendant’s next court date is scheduled for January 14, 2019. Judge Russell ordered that the defendant report to Close Street Supervision and that he not access the internet pending trial.

A copy of the indictment can be obtained using case number 18CR77987 in the Oregon eCourt Information (OECI) system.

A copy of the search warrant in this case can be obtained from the File Room at the Multnomah County Circuit Courthouse in downtown Portland under case number SW 36,620.
An indictment is only an accusation of a crime, and the defendant is presumed innocent unless and until proven guilty.

The Multnomah County District Attorney’s Office will have no additional comment on this case. 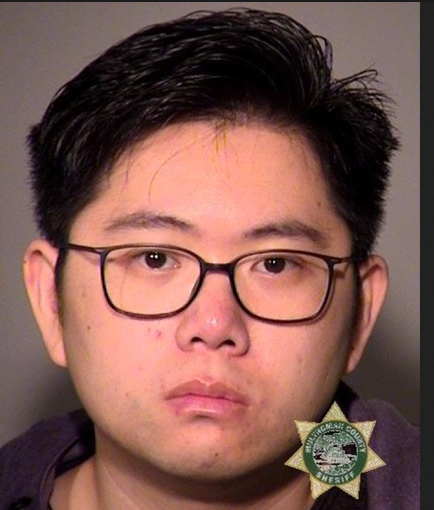