BEAVERTON MAN SENTENCED TO 20 YEARS IN PRISON FOR SEX CRIMES

HILLSBORO, Ore.- On March 14, 2019, Reachana Chan was sentenced to 20 years in prison by Judge Oscar Garcia. Chan pleaded guilty to Using a Child in a Display of Sexually Explicit Conduct, two counts of Second-Degree Rape, Second-Degree Sexual Abuse and Third-Degree Sexual Abuse. The convictions represent the sex abuse of five victims between 12-16 years old. The defendant was a stranger to all the victims and targeted the young girls on social media. Deputy District Attorney Allison Brown prosecuted the case against Chan.

Beaverton Police Detective Maggie Brown began investigating the defendant in late 2017. The initial report involved two victims who were sexually assaulted by the defendant when they were 16. The crimes were similar in that the defendant contacted the children online, met them in person and engaged in unwanted sexual conduct. The defendant was arrested on these charges in March of 2018.

After the defendant’s arrest, police learned of three additional victims. All three were ages 12-13 when they met Chan through social media. While each case is different, the pattern of abuse is the same. Chan would contact the victims and lie about his age. He would then take compromising photos and videos of the girls and later use that material to blackmail them into sexual relations.

In one case, Chan even used a knife to threaten a victim and forced her to perform sexual acts on him. He let her go, but then repeated the pattern and threatened to send out photos he had taken of her. He then forced her to meet him again and repeated the attack.

In addition to his prison sentence, the defendant cannot have contact with minors and is barred from using the internet, a computer, or smart phones.  He is also required to register as a sex offender.

Chan will be transferred to the Oregon Department of Corrections to begin serving his sentence. 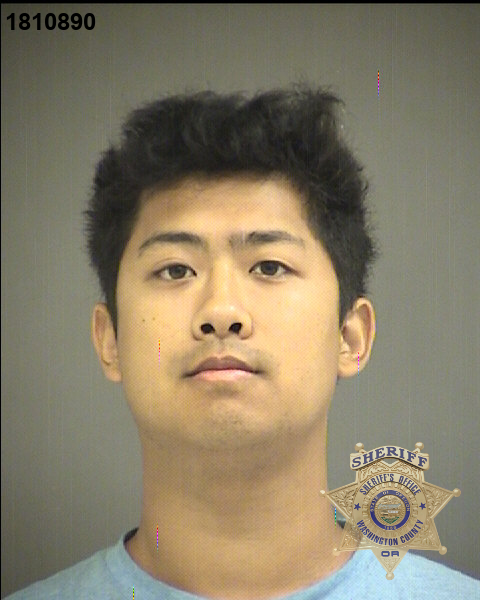