At approximately 6:30am PF&R crews were sent to a reported van fire near the intersection of N Vancouver and N Middlefield Rd. Firefighters reported heavy flames and smoke from a van when they arrived. The fire was extinguished and while searching through the heavily damaged van firefighters discovered the bodies of two adults one male, one female.

Several nearby residents confirmed that there were signs that people were living in the van for the previous 2 weeks. A cyclist, reportedly, saw the van on fire prior to arrival of PF&R and attempted to alert anyone potentially inside but the flames were to intense.  Fire investigators are currently processing witness statements, evidence at the scene and communicating with the office of the Medical Examiner to determine cause of death and cause of fire. As soon as those conclusions are available they will be released to the public through update of this press release. 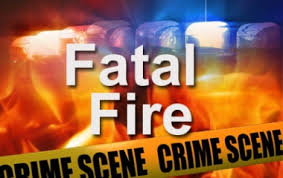