On April 13th at 2:53 am witnesses reported a serious motor vehicle crash on Hazelgreen Road NE near 80th Avenue NE.  When deputies and personnel from Marion County Fire District #1 arrived on scene, they tragically discovered both occupants of the lone involved vehicle were deceased.

Deputies have determined the involved vehicle, a delivery truck, was traveling west on Hazelgreen Road NE prior to the crash.  The driver failed to negotiate a curve in the roadway, resulting in the vehicle leaving the roadway and striking a utility pole.  Investigators have not yet determined if speed was a factor in the crash.  No other vehicles are believed to have been involved.

Both occupants of the delivery truck died at the scene.  The Sheriff’s Office will not be releasing information about the deceased individuals until appropriate notifications have been made.

PGE responded to the scene to repair the damaged utility pole, all impacted roadways are now open. 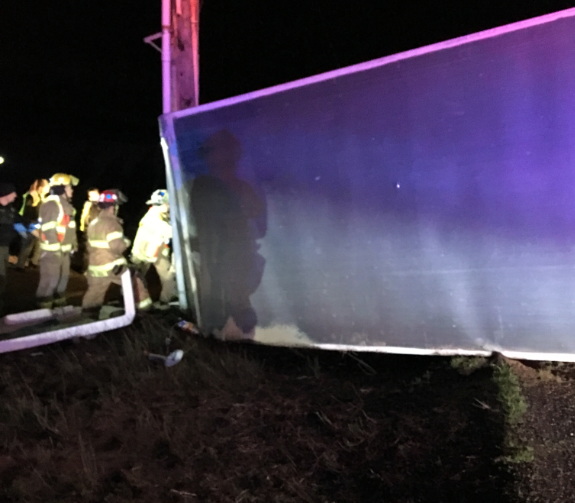