On Saturday, 042019, at approximately 11:23 PM, deputies with the Deschutes County Sheriff's Office responded to a report of an unknown injury motor vehicle crash on O'Neil Highway at NE 5th Street north of Redmond, Oregon.  Upon arrival, deputies determined two occupants were self extricating from a 2004 Ford F-250 pickup and reporting they were not injured.  An investigation determined the driver, Jeffrey Lenhardt, was traveling westbound on O'Neil Highway and failed to negotiate a 90 degree left curve in the roadway.  The vehicle traveled off the roadway and impacted into concrete barriers that line the highway.  The vehicle flipped over the barriers and came to rest on its passenger side. 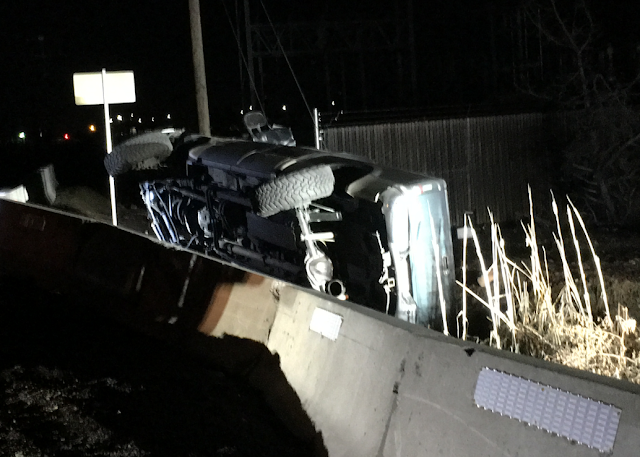