On March 9th, 2019 law enforcement personnel from the Douglas County Sheriff's Office and the Oregon State Police were involved in a shooting on Grant Smith Road in Douglas County.  During that incident the suspect died, but due to a fire in the vehicle, the decedent was not able to be positively identified.

On March 20th, 2019 a Douglas County Grand Jury was convened and heard facts from the case.  That Grand Jury determined the Use of Force by law enforcement personnel was justified.  On March 21st, 2019, the District Attorney held a press conference and disclosed to the media the evidence supporting the Grand Jury's decision.

This update is to inform you of the identity of the decedent, which was confirmed through DNA comparison.  The suspect has been positively identified by the State Medical Examiner's Office as 25 year old Kristopher Angel Haynes.  Next of kin have been notified.  Haynes was believed to be transient at the time of the incident and travelling from Eugene to California.

Click on link below to watch video of the incident.
Officer Involved Shooting March 9, 2019

There will be no further updates regarding this case. 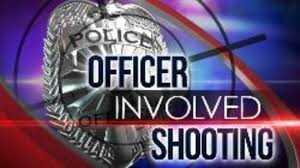