Corvallis Women Arrested for Attempted Assault with a Knife

On June 16th, 2019, at 11:17pm, Corvallis Police Department Officers were dispatched to the 400 block of SW 1st Street in Corvallis for a report of a female holding a male at knife point.  Officers arrived and found the female suspect, identified as Patricia Compton (39) of Corvallis, holding a knife to the throat of the male victim.  Compton dropped the knife when ordered by officers, and was taken into custody without incident.  The male, who is known to Compton, was not injured.

Officers learned the incident started over an argument about a bag of empty beverage cans.  The argument escalated into Compton pulling out a folding knife and using it to threaten the victim, and attempting to stab him with the blade.  Compton was transported to the Benton County Jail where she was booked on charges of Attempted Assault I, Unlawful Use of a Weapon, and Menacing with a bail amount of $187,500. 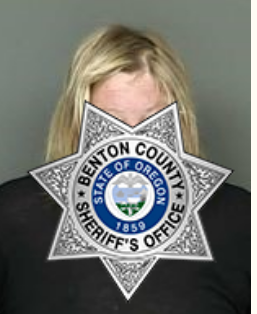