On August 24, 2019, at 0940 hours, Deschutes County 911 Dispatch received a call that Chaitanya Sathe, 35 year old male from Hillsboro OR had fallen approximately 100 feet near the access to Lower Gorge at Smith Rock State Park.

During the investigation, it was determined the male was making his way down a climber's path toward the northeast Lower Gorge inside Smith Rock State Park, when he apparently tripped and fell approximately 100 feet. 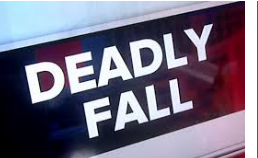