On Wednesday, August 28, 2019, at approximately 5:51 P.M. Oregon State Police Troopers and emergency personnel responded to the report of a single vehicle crash on I-5 at milepost 71.

Preliminary investigation reviled that a Nissan Versa, operated by George Kachigian (84) of Grants Pass, was traveling northbound on I-5 when the Versa lost control and struck the center concrete median.  The Versa overturned and came to rest on the right shoulder of the road. 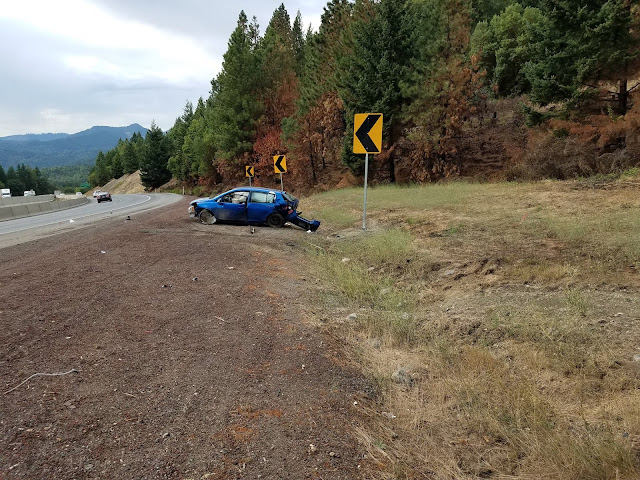