On September 2, 2019, at 12:15 p.m., a man requested a welfare check at a neighbor’s home in the 3200-block of New Ray Road, Central Point.  The man reported he had not seen the occupants for some time and he could smell an odor coming from the home.

Medical examiner investigators identified the deceased as Shayne Justin Cleaveland, 44, and his mother, Robin Meinhart, 68.  Both resided in the home.  The pair had reportedly not been seen for at least a week before deputies were called for the welfare check.

Investigators concluded that Cleaveland shot Meinhart and the pets, and then took his own life.  Medical examiner investigators have reviewed a note left by Cleaveland.  The involved firearms were recovered at the scene.  The next-of-kin has been notified of the deaths.

In the wake of this incident, JCSO officials want to remind everyone that services are available locally for people experiencing a mental health crisis.  The Jackson County Mental Health 24-hour crisis hotline number is (541) 774-8201.  Walk-in mental health services are also available at 140 S. Holly Street, Medford (Monday – Friday, 8:00 am to 5 pm). 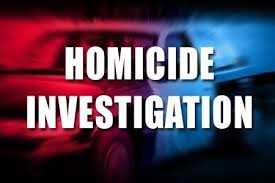