On September 11, 2019, the Newport Police Department received information that a subject identified as William Gene CANNING, of Longview, WA, had transported a large quantity of narcotics into Newport.

Newport Police Officers and the Street Crimes Response Team (SCRT), began an investigation into the information. From the investigation, it was learned that CANNING was at a home in Newport which was known to Officers because of past drug activity.

Newport Police K9 Zoe was deployed during the investigation and alerted to the presence of an odor of narcotics coming from CANNING’s personal property. Based on K9 Zoe’s alert, a search warrant was obtained and a search was conducted of CANNING’s property.

Approximately one pound of methamphetamine was discovered as well as a commercial quantity of heroin/fentanyl mixture, cocaine, psilocybin mushrooms, suspected LSD and numerous types of pharmaceutical drugs. 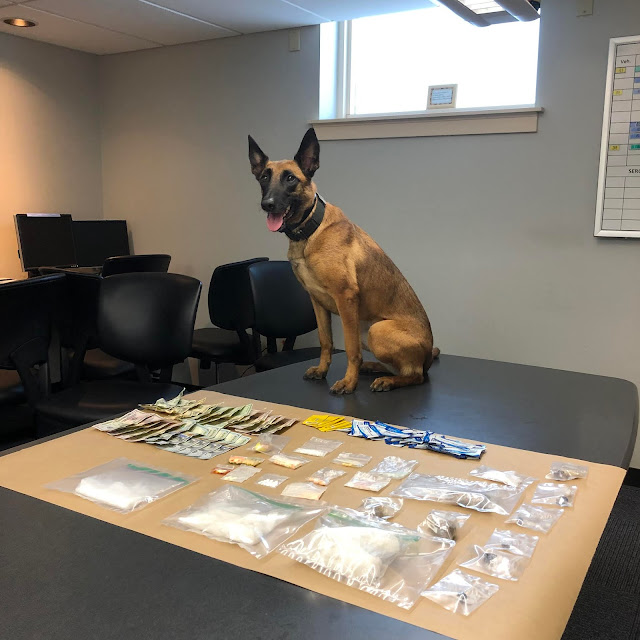