ONE DEAD, ONE INJURED IN FALL NEAR UMPQUA HOT SPRINGS

On September 8, 2019, at about 1:30 p.m., the 911 center received a call reporting a 20 year old female had fallen from a cliff in the 2000 block of Thorn Prairie Road, near Umpqua Hot Springs.  This area is in the Umpqua National Forest near Toketee Ranger Station about 60 miles east of Roseburg.

The female was reported to be injured and needing medical assistance.  Additionally, it was reported that a male subject had also fallen from a cliff and appeared to be deceased.  Sheriff's deputies, Search and Rescue Volunteers, US Forest Service Personnel and Bay Cities Ambulance responded to the scene.

20 year old Azrael Maujean of Grants Pass was transported to Mercy Medical Center in Roseburg with serious injuries.  Deputies and Search and Rescue volunteers recovered the body of 24 year old Christian Simmons, also of Grants Pass, who was deceased at the scene.

Initial reports indicate that both subjects were in the Umpqua Hot Springs area the night of September 7th, 2019 and became lost. Both subjects fell approximately 70 feet from a rock cliff.  The next day, other people in the area of the hot springs located Maujean and called 911.

Neither subject had equipment for wilderness night travel. 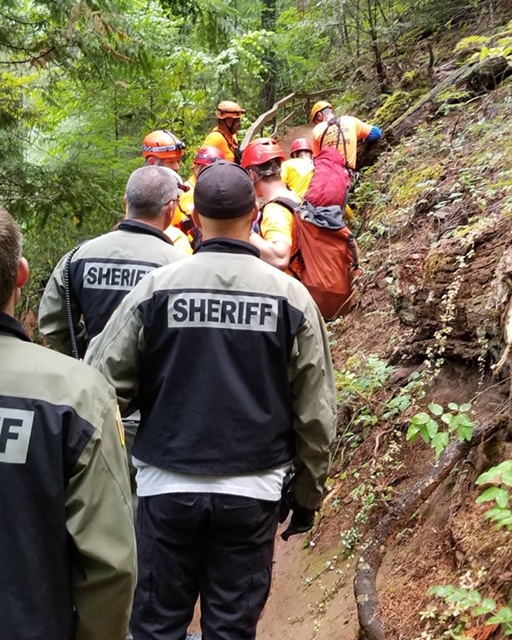