On Friday, September 27, 2019 at about 7:16 P.M. Oregon State Police Troopers and emergency personnel responded to the report of a two vehicle head on crash on Hwy 99 near mile post 3.

Preliminary investigation revealed that a gray 2003 Audi, operated by Freddie Tillett (46) of Grants Pass, was traveling southbound on Hwy 99. Tillett was reported to be driving recklessly, crossed into oncoming traffic, and collided head on with a northbound 2013 Nissan sedan operated by Brenda Reinert (39) of Grants Pass.

Reinert was transported to the hospital were she was pronouced deceased.

Tillett was transported to the hospital with serious injuries. 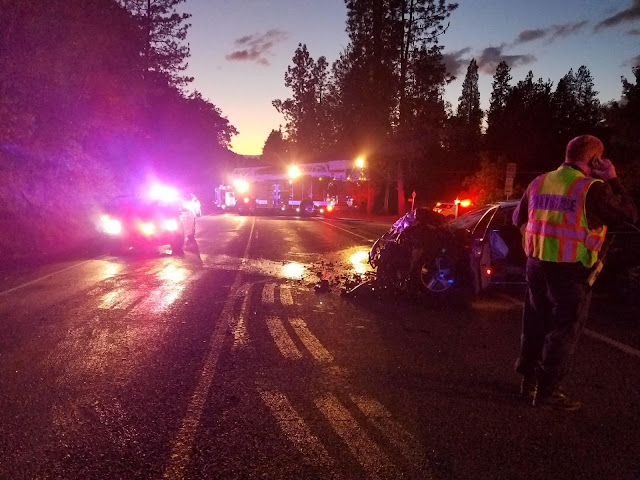