Firefighters arrived on scene to find heavy fire venting from a south window and causing exposure to the south, neighboring residential home.  Pressurized black smoke was also seen emitting from the attic vents. Firefighters made an interior attack to extinguish the fire, conducted a primary and secondary search, and completed overhaul.

The primary home sustained structural and water damage.  The neighboring home suffered damage to the exterior siding.  One adult, two teenage children, and a dog were displaced due to the fire; however, no one was injured in the fire.  Unfortunately, two pet hamsters did not survive the fire.

The structure suffered approximately $60,000 in damage.  Fire investigators were on scene and the cause of the fire is still under investigation. 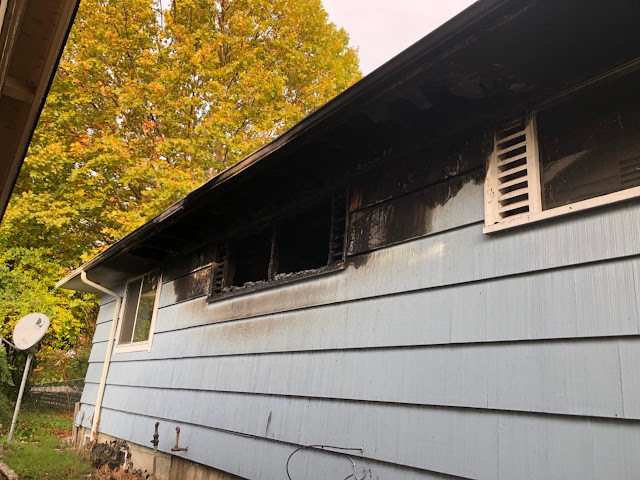