On Monday, November 25, 2019 at 8:20 AM, Oregon State Police and emergency personnel received a report of a possibly single vehicle fatal traffic crash on Highway 38 at approximately MP 16.

The crash scene investigation found Allison Morgan, age 38 from Reedsport, was driving a 1997 Toyota Tercel when Morgan failed to negotiate a turn. The vehicle crossed over the oncoming west bound lane, drove off the roadway and collided with a large oak tree head-on. Morgan was pronounced deceased at the scene. Witnesses estimated the Toyota Tercel was traveling in excess of 60 mph when it collided with the tree.

No photos will be available of this crash. 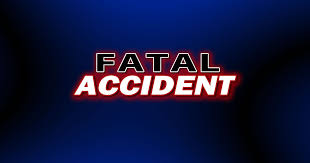