On 12/8/19 at approximately 8:45pm, Deschutes County Sheriff’s deputies were dispatched to an in-progress domestic dispute on Shoshone Road in the Deschutes River Woods neighborhood.  While in route, deputies learned that two females had engaged in a physical struggle with the father of an infant child, and fled the residence with the child.  Deputies subsequently learned one of the females, Amber Skeele, was the child’s mother, and the Oregon Department of Human Services (DHS) had removed the infant from her care, placing the infant with his father, due to a recent arrest involving child neglect, which is still under investigation.

Deputies conducted an extensive search of the region for the females and their associated vehicle.  Skeele was reportedly from the Eugene area, but other information was available that she may travel east to Idaho.  Deschutes County issued a statewide all-points bulletin broadcast in an attempt to locate the vehicle for the safety of the child.

At approximately 12:30am on 12/8/19, a Lane County deputy and a trooper with the Oregon State Police located the vehicle in the Eugene area.  Both females were found in the vehicle with the child.  Skeele was arrested and the child was returned safely to his father.  Skeele was transported to the Deschutes County Adult Jail and booked on the aforementioned charges.  Information on possible criminal charges for the other female will be forwarded to the District Attorney for review.

Charges: Custodial Interference I, Burglary I, Contempt of Court 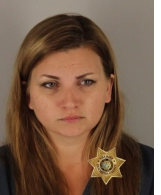