21yo male arrested for having sexual relations with a 15yo female

On Tuesday January 7th, 2020, the Grants Pass Department of Public Safety Detectives Unit received information from an unrelated investigation that Aystyn H. Boeggeman reportedly had sexual contact with a 15yo female. A subsequent investigation revealed that Boeggeman had been in a sexual relationship with a 15yo female, while he was 20 years old. On Wednesday, January 8th, 2020, Boeggeman was located at 4569 Dick George Road in Cave Junction and taken into custody. Boeggeman was arrested on the above mentioned charges and lodged at the Josephine County Jail. 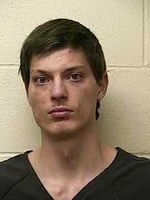