Deschutes County Sheriff’s Office detectives began investigating the incident and learned that neither of the girls had actually ever met the male subject in person. The only contact was through messaging or video calls. During the video calls, the male subject’s camera was blacked out to keep them from seeing him. Detectives then obtained internet service provider information and Facebook information during the investigation. The information revealed the male subject the girls were communicating with was not a teenage boy, but was actually Keith Lawrence James Fyten.

During the investigation detectives learned that Fyten had left the United States in November 2018 and moved to the Netherlands. The detective continued to look through Fyten’s social media history and found communication with numerous underage females throughout the United States. This communication consisted of messaging back and forth as he was portraying himself as a teenage boy. Fyten sent numerous sexually explicit photographs of a younger male subject and requested sexually explicit photographs and videos from the females he was in contact with. Detectives contacted approximately 16 underage females in the Central Oregon area that had contact with Fyten on Facebook Messenger. All of the females had been requested to send sexually explicit photographs or videos of themselves.

Various law enforcement agencies across the country were contacted and asked to assist with locating and interviewing other underage females related to this case. Numerous underage females were contacted in different parts of the United States who had similar types of conversations with Fyten. The underage girls had also received sexually explicit photographs of a younger male and upon his request they sent sexually explicit photographs and videos of themselves.

Detectives collected enough evidence to obtain a nationwide warrant for Fyten. On November 17, 2019 Fyten was arrested in Chicago, Illinois at O’Hare International Airport by Customs and Border Protection as he entered the United States in an attempt to return to Bend.

Fyten was later transported by the U.S. Marshall’s Service to Oregon. Fyten was transported to the Deschutes County Sheriff’s Office Adult Jail on January 14, 2020 where he was lodged on the above mentioned charges.

The Federal Bureau of Investigation (FBI) has been assisting the Deschutes County Sheriff’s Office Detective Division throughout this investigation. This included coordination with the FBI’s Legal Attaché Office in the Netherlands.  The FBI is currently working on identifying other underage girls in the United States. The FBI is also investigating other possible suspects involved in the trading or exchanging of child pornography related to this case.

This investigation is continuing and more charges are possible. 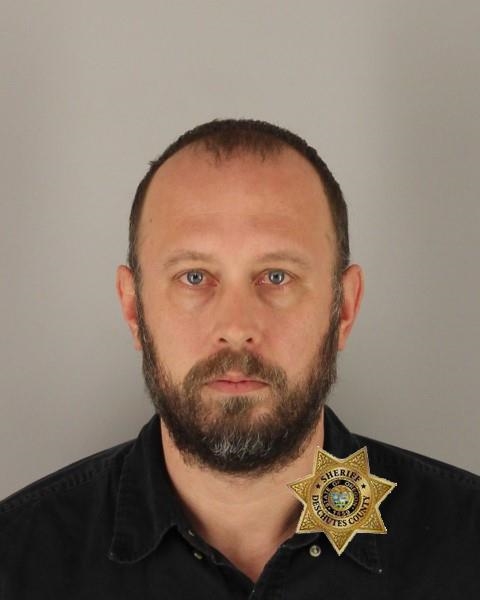