Since January 13, 2020, the Grants Pass Department of Public Safety (GPDPS) has received multiple reports of burglaries to local businesses, with one business burglarized twice. GPDPS Police and Detective units began working with leads and evidence obtained to try to identify a suspect. The listed burglaries were similar in nature and believed to be tied to the same suspect:
On Monday January 20, 2020, GPDPS identified the suspect from their continued investigation as 55 year-old Steven Ray Borden of Grants Pass.  Patrol Officers and Detectives immediately conducted a search of the city for Borden and located him within a few hours.  Upon completion of the investigation, Borden was linked to the four listed business burglaries and lodged in the Josephine County Jail on the following charges: 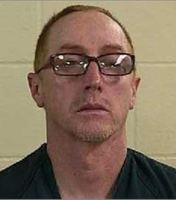