On January 9th, 2020 at 8:24 AM, Lincoln County Sheriff’s Deputies were dispatched to a welfare check on a suspicious person at the Cape Perpetua Visitor’s Center.  The caller reported the subject’s name as Chris Gardner.  Earlier in the shift, deputies were made aware of a state-wide bulletin regarding 32 year-old military deserter from Joint Base Lewis-McChord, Washington named Christopher Lee Gardner.  Gardner was considered armed and dangerous by the US Army.  The description and details surrounding Gardner’s suspicious activity provided by the caller matched the information provided in the US Army bulletin.

Members of the Lincoln County Sheriff’s Office, assisted by two Oregon State Police Troopers, closed off access to the Cape Perpetua Visitor’s Center and evacuated the area.  Deputies observed Gardner and confirmed he was the subject of the bulletin.  Deputies and troopers formed an arrest team and were able successfully take Gardner into custody without incident.  After a brief medical evaluation, Gardner was lodged at the Lincoln County Jail on a Federal Detainer.

Gardner’s vehicle was located by the Oregon State Police at Neptune State Scenic Viewpoint in northern Lane County.  A firearm was recovered from inside the vehicle.  Gardner has not been charged with any local crimes. 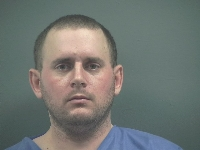