Lebanon fire crews battled two working house fires within a 5-hour span on Friday night, stretching their available resources thin and testing the endurance of responders. The first fire came in at 5:38 p.m. at 30033 Fairview Road with reports of heavy smoke within the home. Both occupants were able to escape the structure, but by the time firefighters arrived the home was fully involved with fire venting from multiple windows. Firefighters quickly knocked the fire down but a partial collapse of the second floor rendered the building structurally unsafe for entry, so crews had to use existing openings in the structure to fully extinguish the fire. The structure and its contents were ruled a complete loss. Fire investigators returned to the scene on Saturday and spent hours examining potential areas of origin based on witness accounts.

The investigation revealed that a wood stove pipe had been improperly installed in such a manner that it came into direct contact with a wood framing piece. The constant heat exposure caused pyrolysis of the wood which eventually ignited and spread to the interior wall space, eventually spreading throughout the entire home. Fire investigators suspect that the fire had been smoldering for some time, as the occupants described heavier than usual volumes of smoke within the structure for 30-60 minutes prior to the fire. When the residents opened windows to clear the smoke from the building it likely gave the fire the extra oxygen it needed to free burn and spread rapidly. Twenty-two firefighters on twelve apparatus responded and were on scene for four and a half hours. The Sweet Home Fire & Ambulance District provided a water tender with two personnel and the Albany Fire Department provided apparatus and staff for district coverage. There were no working smoke alarms in the home. 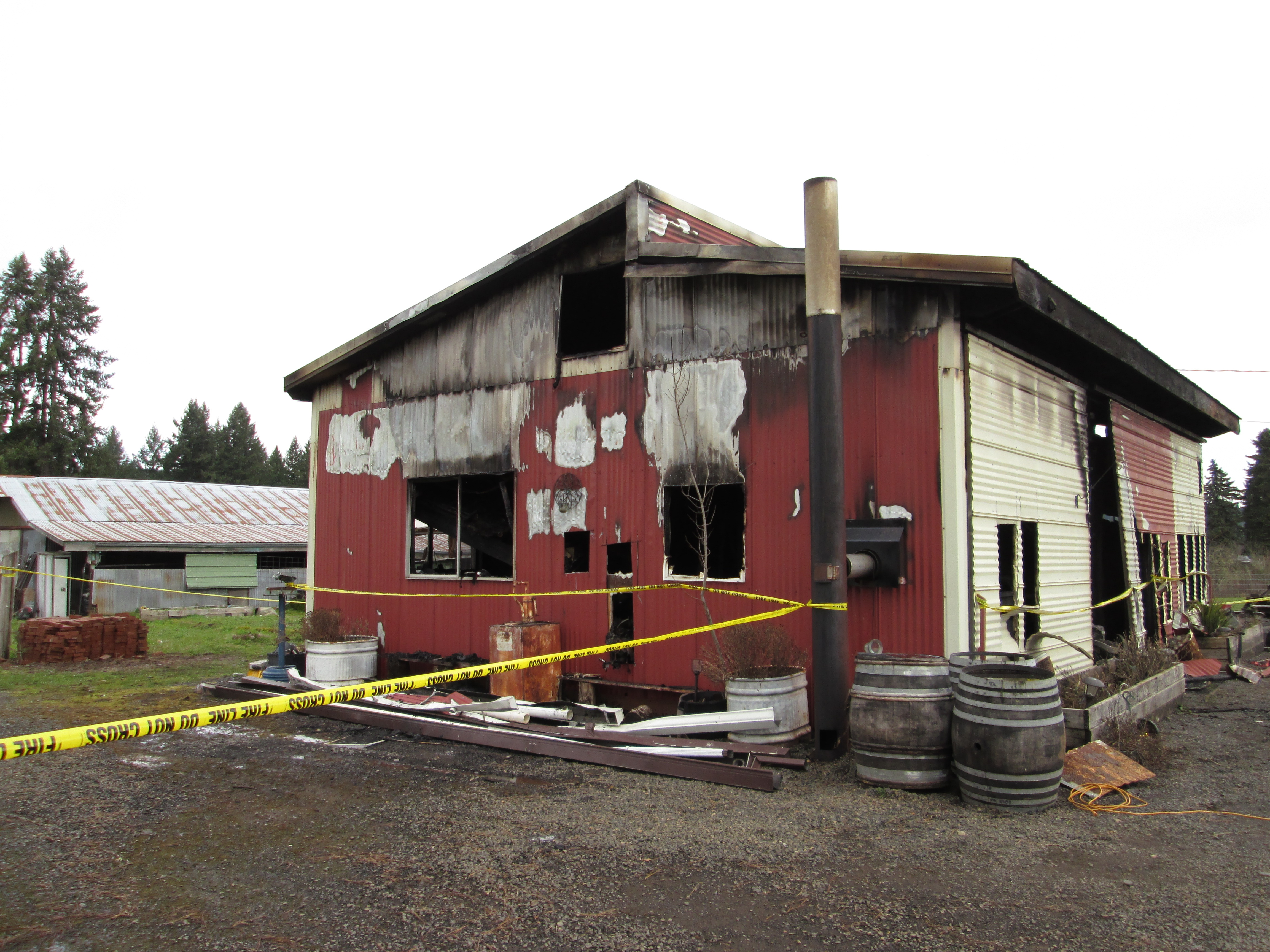 Fire Marshal Jason Bolen said that not only should smoke alarms be present in every home, but homeowners must be sure that they are in the proper locations and checked regularly. “We recommend a smoke alarm in every bedroom, one outside of the bedroom areas, and at least one on each level of a home.” Bolen said. “And if your smoke alarm is more than 10 years old, it needs to be replaced.” There is a manufacturers date printed on each smoke alarm. The Lebanon Fire District has a smoke alarm program in conjunction with the Office of the State Fire Marshal in which firefighters will come to your home and install the proper number of alarms at no charge to the homeowner. To date, the program has installed nearly 850 smoke alarms in Lebanon.

As firefighters were picking up and returning to quarters from the Fairview Road fire, another house fire was reported at 170 Hobbs Street. Firefighters arrived to find heavy fire and smoke pushing from a residence at the rear of the multi-family property. Due to the depleted resources (some fire units had not yet cleared from the first fire) the Incident Commander upgraded to a second alarm, calling in more resources from Albany, Brownsville, and Sweet Home to assist. The residence at the rear of the property was fully engulfed in fire upon arrival and posed a threat to a connected 3-bay shop and the second residence on the same lot. Firefighters were able to keep the fire from extending to the shop, but the house was a complete loss. The two occupants of the home escaped unharmed. Firefighters were on scene at the Hobbs Street fire for nearly two and a half hours. 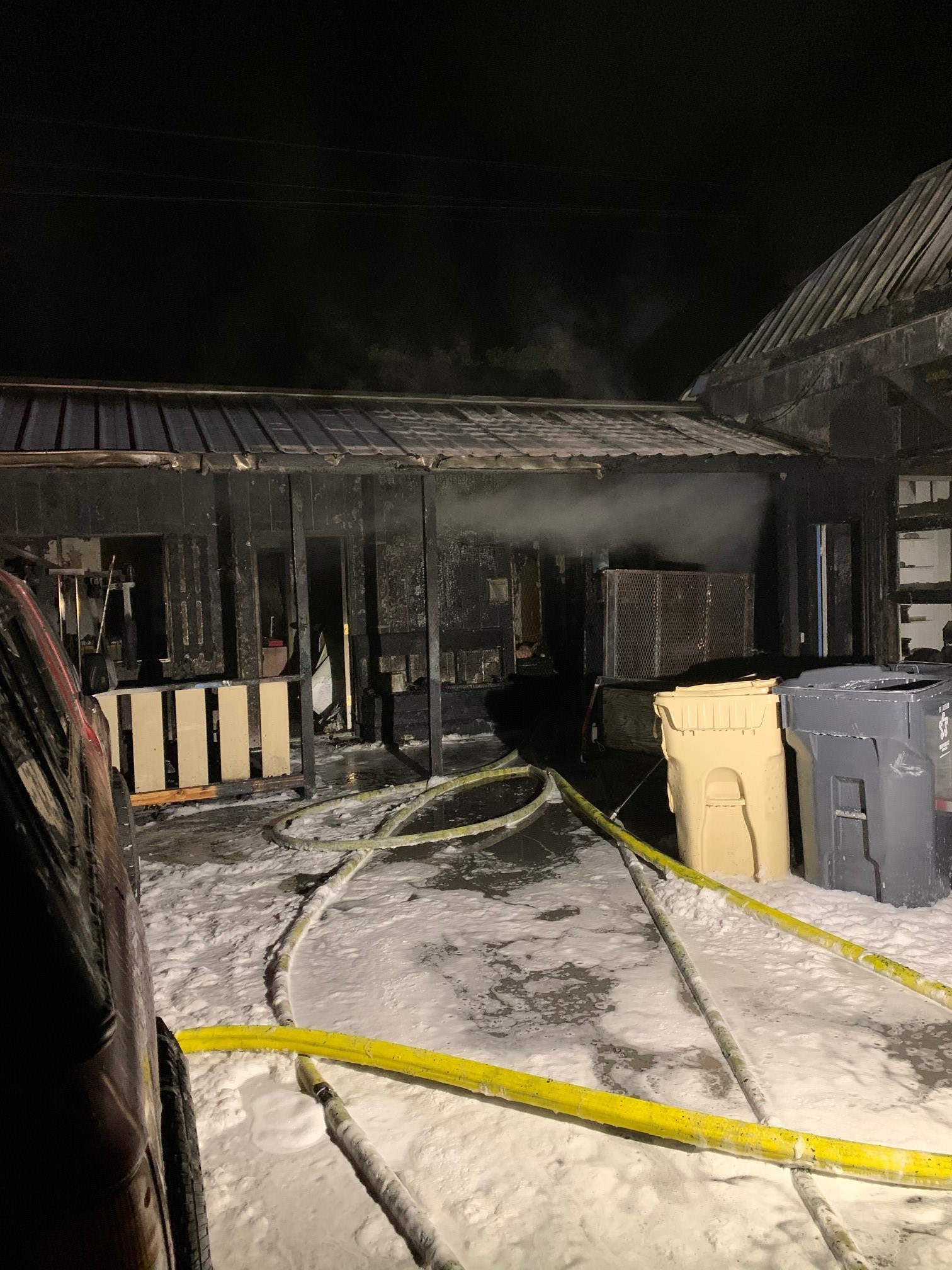 Fire investigators spent the majority of Saturday investigating the scene and were able to narrow the area of origin down to a rear bedroom of the structure but due to the heavy destruction of the structure were unable to determine the cause of the blaze.

As in the previous fire, this home had no working smoke alarms which led to a delay in the occupants being alerted to the presence of fire. If you need smoke alarms the Lebanon Fire District can help provide those for homeowners living within the boundaries of the fire district. Oregon law requires landlords to provide working smoke alarms for their tenants. For more information contact Deputy Fire Marshal Ken Foster at 541-451-1901 or via email at kfoster@lebanonfire.com.

For HD Video of this and other LFD incidents, please subscribe to the Lebanon Fire District YouTube Channel at https://www.youtube.com/channel/UCjTxDBuPbD3DPAybCkCgEvg

For HD photos of this and other LFD incidents, please follow the Lebanon Fire District Facebook page at https://www.facebook.com/LebanonFireDistrict/?ref=bookmarks