Pendleton – The woman previously reported missing from the Bar M Ranch area near Pendleton has been found deceased.  Janet Tobkin Conley, 62, was reported missing on February 8 by neighbors, following the flood event. Neighbors reported having last contacted Conley on the evening of February 6th as flood waters were rising in the area.  At that point, Conley stated that she wished to stay in her home.

Volunteers from the Umatilla County Search and Rescue, as well as resources from the Oregon Air National Guard began searching the area for Conley on Saturday.  Conley was located on Sunday morning, on the Bar M Ranch property by searchers and neighbors from the area. It appears she was swept away by rushing water.

“Our sympathies go out to the family and friends of Ms Conley in this difficult time,” said Incident Commander Dwight Johnson, Umatilla County Sheriff’s Office Sergeant.

Damage to transportation systems have impacted the ability for many residents to evacuate.  Oregon Air National Guard and Umatilla County Search and Rescue volunteers are still working in flood impacted areas to assist residents who wish to evacuate from their homes. 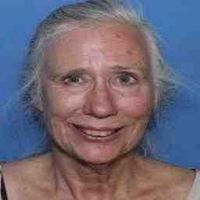